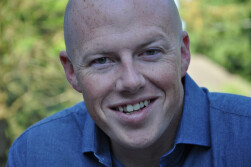 Tyler and his wife, Amanda, have two young children (Whittaker and Evvie). Tyler holds a B.S. degree from Texas Christian University (Ft. Worth, TX) and a Masters of Divinity degree from Christian Theological Seminary (Indianapolis).

Tyler believes that faith is best lived, and encourages individuals to tell their personal stories while seeking the convergence of God‘s good news of redemption and an individual’s lived story.

Raised in Zionsville, Steve graduated from ZHS in 1966. He attended Butler university where he studied to be a music educator. After Butler he was in the 6th US Army Band where he began working in musical theater, and has performed over 50 musicals in San Francisco, Indianapolis, and Zionsville. Steve began his church musician career first at ZUMC as organist from '74-'78, then three years at Forest Hill Christian Church in San Francisco, then returning to Zionsville has been musical director since '81at ZCC. He has also taught piano and brass lessons since '74.
Steve loves bicycling, cooking, movies, and caring for many dogs and cats. 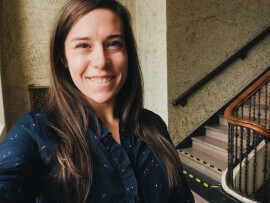 Molly has lived in Whitestown, with her husband and two cats, since 2011 and is excited to be part of the growing community! She comes from a human resources background and also owns a wedding photography business. In her spare time, she is involved in the fitness community, as well as photographing individuals on transformative health journeys. She would love for you to stop by her office and introduce yourself, especially if you bring her a cup of coffee!